This meeting has been postponed due to the weather – We will inform you as soon as another date has been fixed.

A public information meeting to facilitate  engagement on the ‘Recommended Priority Water Bodies for  Action in County Offaly’, and feedback on the River Basin  Management Plan Public Consultation meetings which were held  earlier in 2017, will take  place at 7pm on Monday 16th of October 2017  in the Bridge House Hotel, Tullamore, Co Offaly.

The EPA, local authorities and public authorities have  engaged in Catchment Assessment Workshops throughout the  country during 2016 and 2017 to characterise waterbodies and  assess pressures on river, lake, coastal, transitional and  groundwater water bodies.  In Offaly, there are 6 no. ‘Recommended Priority  Waterbodies for Action’ which were identified following the assessment of all available scientific and technical  data from the relevant agencies and also using local  knowledge. One of these areas may be in your area.

The draft River Basin Management Plan 2018 – 2021  was published in February 2017 and was on public  consultation until 31st August 2017. Presentations were made on the Draft Plan to the Council,  Strategic Policy Committee and a number of Public Meetings were held throughout the county as well as nationally to engage with communities and other  stakeholders.

To further facilitate public engagement, information and  mapping will be available to view at 7pm on Monday 16th  October with the briefing session for members of the public  also.  In conjunction with Offaly County Council and  LAWCO (Local Authority Water and Communities Office) the briefing session will consist of  short presentations on the “Recommended Priority Water  Bodies for Action in County Offaly”, and feedback from the  River Basin Management Plan public consultation  meetings.  There will be an opportunity for discussion and to review the information on view which  will include maps identifying each ‘Recommended Priority  Waterbodies for Action’ and the rationale used in their  selection.

Feedback will be recorded on the day and there will be an opportunity to provide further feedback until 1st November 2017. 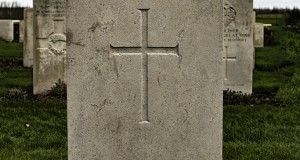 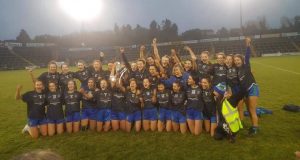